Parametric FloodFlash pays out a day after storm Ciara. Another glimpse of the future?

The promise of parametric triggers has always been faster claims payouts, with no lengthy assessment process and while many examples payout within days of a triggering event, the fastest we’ve seen following a true weather catastrophe is the payouts made within a day of windstorm Ciara by insurtech FloodFlash. 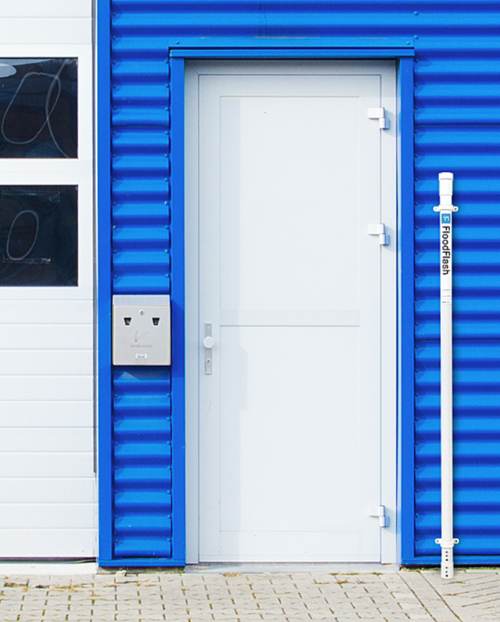 Bringing together parametric trigger technology from the risk transfer markets with technology such as sensors, FloodFlash has developed a system for flood insurance that can measure the depth of flood waters and report it back instantly, so that payouts can be made extremely rapidly.

Parametric triggers bring insurance and reinsurance coverage to areas and customers previously under-insured (or uninsured), with the ability to provide rapid and transparent payouts to customers.

They also enable new and more responsive business models for risk transfer to be followed, with products that more closely meet customer needs and that are more responsive to the cycles of their businesses and lives.

It’s at least 15 years since I first wrote about the reasons parametric triggers would become really important tools in insurance and reinsurance risk transfer, with the potential to change the protection paradigm for the better.

But this is the fastest payout by a parametric insurance product that I’ve ever seen from a true catastrophe event to-date, for which FloodFlash’s team and founders deserve all the credit.

Windstorm Ciara blew into the United Kingdom and wider Europe last weekend, with wind gusts as high as 90 mph and torrential rainfall that caused significant flooding in some parts of the northern and midlands of the UK.

Almost three-quarters of February’s rainfall fell in Cumbria in just twenty-four hours, resulting in flooding to homes and businesses in the region and further afield.

Some businesses were lucky enough to have a layer of parametric insurance protection in place, thanks to the solution provided by insurtech FloodFlash.

FloodFlash uses internet connected sensors, that can be installed in any location to provide a real-time measurement of flood waters.

In what the company believes to be a world-first and we don’t see any reason to consider it anything else, FloodFlash paid claims the day after floods that struck with winter storm Ciara over the weekend.

FloodFlash co-founder Ian Bartholomew commented, “Getting claims paid fast has a huge impact on a flooded business. They can start recovering quicker and long-term property damage from factors like mould are more limited. Fast payouts also have a massive impact on the emotional trauma caused by floods. We have proven that parametric cover can provide financial security within days of the event, so our clients aren’t left in the dark waiting for a payout to come through.”

Co-founder Adam Rimmer also said, “we want to set the standard for rapid, transparent payouts within the catastrophe market. Paying out within a day is only beginning. One day we hope to pay clients within minutes of confirming a flood.”

As I’ve explained in articles before many times, this is one component of the future of insurance and reinsurance – the use of sensors and advanced data analytical services, to provide parametric inputs to carefully constructed and calibrated risk transfer triggers.

FloodFlash is providing a real-world use-case for one vision of the future of risk transfer using parametric triggers.

While niche for now, if FloodFlash can roll this out worldwide, the risk pool it could generate would be significant in size, parametric in nature and globally diversified, making it a highly attractive opportunity for the likes of insurance-linked securities (ILS) funds to provide reinsurance for.

Data tools and a technology platform could provide these risk capital providers with clear visibility of the chances of widespread policy triggering occurring, as flood waters build up.

So these kinds of sensor-based parametric risk pools could also offer a forecast of potential loss, or at least a warning of the rising risk to the capital that underpins them.

Of course it’s early days for FloodFlash and a number of other start-ups like them. But these developments are exciting and show the potential of bringing advanced technology together with parametric risk transfer techniques.

Something that becomes even more exciting at scale, in a diversified risk pool and backed by the most efficient forms of reinsurance capital.

What catastrophe bond investor wouldn’t like to know when their investment is at risk so rapidly? Now that’s a future that promises to allow the efficiencies of the capital markets to be truly realised, as it would reduce the potential for drag on capital and increase transparency dramatically across the asset class.

For now that’s a dream, but as technology and triggers advance who knows where the market’s ILS structures will be in a decades time and what role sensors and data science will be playing in defining their payouts, or otherwise.

We enjoy these business models that show us the way things could be in time and how that could be better for the end-customer, as well as for the capital providers in the sector.