When the roof of Notre Dame Cathedral in Paris caught fire recently perhaps the last thing thought of was potential exposure for the insurance-linked securities (ILS) market. But it’s becoming clear there is a small chance some specialty lines ILS positions could be threatened by the fire. 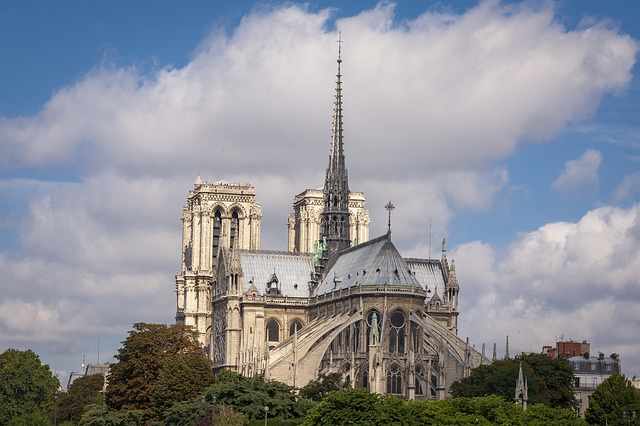 The fire broke out on April 15th, when a fierce blaze threatened to destroy the 800 year old cathedral and its contents that include numerous works of art.

Fire fighters saved the cathedral structure from complete destruction, but a number of artworks had to be removed from the cathedral for safekeeping, where it’s said some are likely to undergo a level of restoration as well.

While saved from becoming a total loss, some of these artworks could end up requiring the level of restoration that may trigger an insurance payment.

We’re told that there are marine market exposures associated with the artwork from Notre-Dame and that there is an element of that exposure in the ILS fund market, which we assume are through specialty reinsurance or retrocession arrangements.

There is a question around damage caused by fire fighting as well as that caused directly by the fire itself, as some artworks could have been affected by water as well, reports suggest.

At this stage the level of damage to artworks is uncertain, meaning any claim is as yet unknown, but we’re told that a handful of ILS funds that underwrite specialty lines reinsurance business, including marine, are watching developments in case the Notre-Dame Cathedral fire results in any impacts to ceding company retentions or the covered layers themselves.

Experts said that while it appears artworks may have escaped the flames of the Notre-Dame Cathedral blaze, many will have suffered some smoke damage at least, which has the potential to draw an insurance claim.

Insurer AXA said it has provided a “few million euros” of insurance cover for some artworks within Notre-Dame, but other insurance coverage is certain to exist as well.

How much the artworks are insured for is unknown, as too is just how much exposure there is in the specialty reinsurance market to any potential claims for restoring what are in some cases considered near priceless objects.

It could be some time before any ILS funds holding exposure know whether the specialty positions they have underwritten or allocated to are facing any loss, or are free from the threat of exposure to the Notre-Dame fire it seems.

It’s often said that the as the ILS market expands it is becoming exposed to any major disaster that attracts global media attention, natural, man-made or other.

In the case of the Notre-Dame fire, that level of global interest in the tragic blaze was certainly apparent.