The average return across the group of insurance-linked securities (ILS) and reinsurance linked investment funds tracked by ILS Advisers was 0.42% in March 2016, which is above the long-term mean for the month helping to take the first-quarter ILS fund average return to 1.17%.

According to the Eurekahedge ILS Advisers Index the first-quarter remains below average, reflecting the decline in reinsurance market pricing more generally, with the long-term average Q1 ILS fund return being 1.37%.

However 2015 has certainly got off to a better start, in terms of ILS fund returns, than had perhaps been expected after last year saw returns decline. However, it’s important to note that the better returns in 2016 do also reflect ILS fund managers underwriting more collateralised reinsurance, where rates are typically better than in the catastrophe bond market.

Another factor impacting the returns in 2016 and helping them to outperform the year before, is a lower level of pricing pressure on secondary catastrophe bonds. 2015 saw a significant amount of pressure, largely due to capital flows, investor appetite and other market factors, which meant cat bond prices declined at the start of the year.

2016 has not seen the same level of price decline, perhaps as ILS investors and managers are finding more choice available to them, in terms of assets to deploy capital into, as the reinsurance markets become increasingly open to collateralised products.

So March 2016 has been a strong month for the ILS fund market, with every fund tracked by ILS Advisers reporting positive returns.

Stefan Kräuchi, founder of ILS Advisers, explained some of the key points; “All funds represented in the Eurekahedge ILS Advisers Index made positive returns. With the lowest single fund return 0.15% and the highest one 1.15%, the monthly performance difference was 1.00%.”

As is typical now, private ILS funds which invest in collateralised reinsurance and other privately executed transactions, tend to outperform the catastrophe bond fund market. March was no different, but cat bond funds actually did very well, suggesting some further price recovery.

“Pure cat bond funds as a group were up by 0.37% while the subgroup of funds whose strategies include private ILS increased by 0.45%. The performance gap between private ILS funds and pure cat bond funds was 2.41 percentage points on the annualized basis. March is not in the U.S. hurricane season yet so the premium allocated for private ILS contracts is relatively low,” Kräuchi said.

That’s an important point to note about the difference between returns from cat bonds and private ILS or collateralised reinsurance contracts. Cat bond coupon payments are evenly spread across the year, where as private ILS tend to pay their premiums on a seasonal schedule with more attributed during the peak months a contract is exposed.

That’s something investors should bear in mind when devising an ILS investment strategy, as it can allow for allocations on a seasonal basis to private ILS, or for investors to benefit from the even coupon of a cat bond outside of the peak covered perils season.

Despite March seeing some significant events in the U.S. Plains, south and Texas, only limited impact was seen to private contracts and any ILS fund losses are expected to be merely attritional it seems.

However, ILS Advisers noted that there has been some erosion to aggregate contract deductible layers, which of course means these contracts become more exposed over the remainder of the year.

Little in the way of reserving has been observed from ILS funds for March events so far, and any losses that fall to ILS funds or private ILS contracts from the terror attacks in Belgium, U.S. severe convective weather and other regional events around the globe are expected to be very minor.

So a good month to round off a good first-quarter for the group of 31 ILS funds tracked by ILS Advisers. April will be interesting to watch, to see whether events such as the Japanese earthquake, Ecuador earthquake, Houston flooding and ongoing Texas and U.S. convective storms have any effect on monthly ILS fund performance. 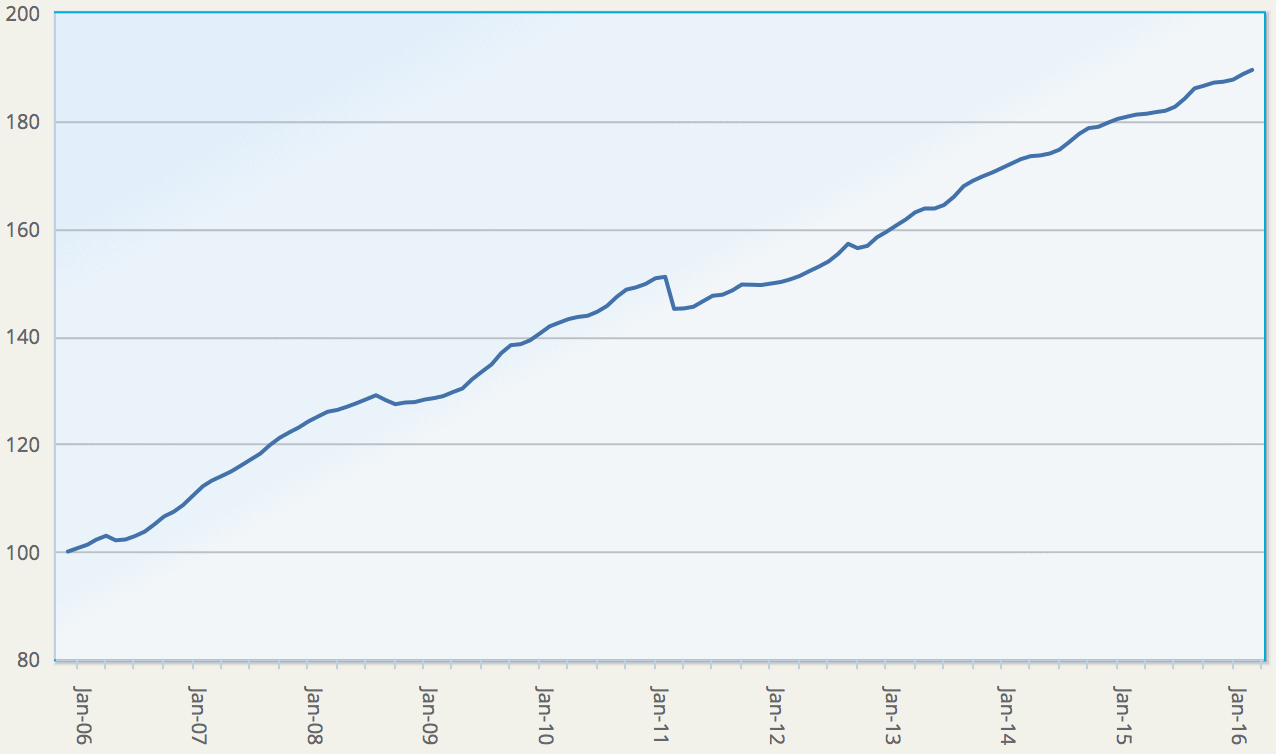 You can track the Eurekahedge ILS Advisers Index here on Artemis, including the new USD hedged version of the index. It comprises an equally weighted index of 31 constituent ILS funds which tracks their performance and is the first benchmark that allows a comparison between different insurance-linked securities fund managers in the ILS, reinsurance-linked and catastrophe bond investment space.